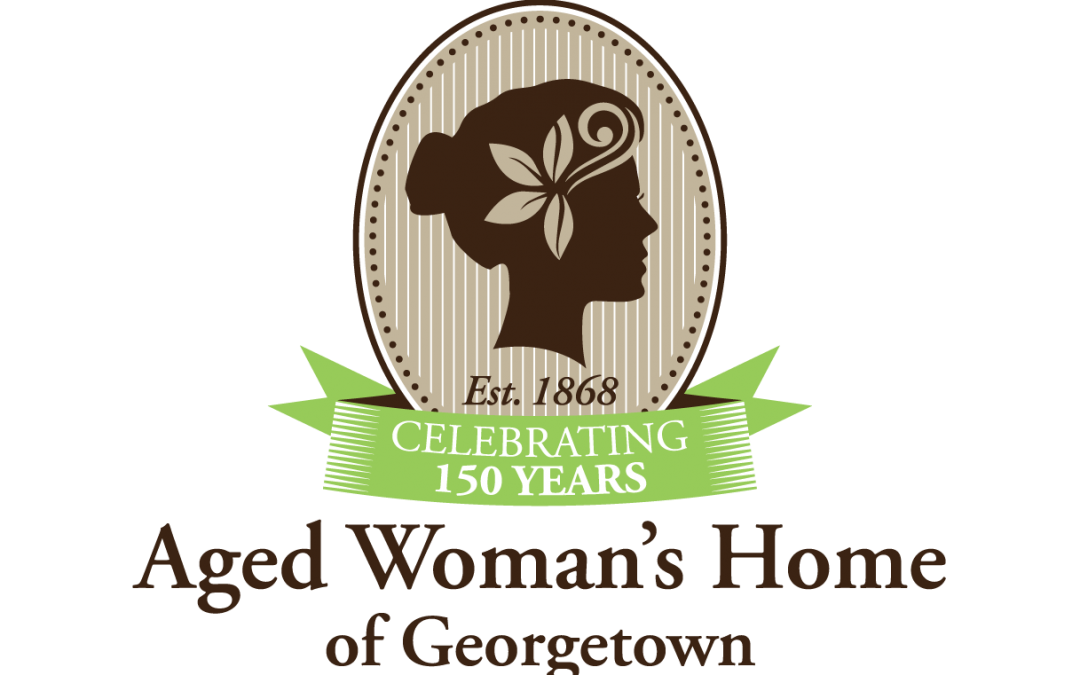 Here at The Aged Woman’s Home of Georgetown, we all keep turning age 39, over and over again each year. Recently, we celebrated two October Birthdays. The birthday Guests chose pumpkin cheesecake over birthday cake. A wonderful celebration was had by all.

We are excited to report on another big birthday coming up here at the Home. The Aged Woman’s Home of Georgetown will be celebrating its 150th Birthday. In 1868, the Home, known at the time as “The Female Union Benevolent Society”, began its original mission, which has not changed, to provide housing at no charge to independent, indigent, senior women. Since that time, the Home has not moved from its current location in Georgetown on Wisconsin Avenue (formerly known as High Street), but only added on to the original house to meet the needs of the organization. We are proud to still be meeting the needs of women in our community throughout the years.

The inception of the Home was not the only exciting event occurring in 1868. A leap year, 1868, was the year Andrew Johnson, 17th President of the United States, was both impeached and later acquitted by a single vote of charges that he unlawfully dismissed the U.S. Secretary of War, Edwin M. Stanton. The Jolly Corks organization was renamed the Benevolent and Protective Order of Elks. Across the street, located at 1258 Wisconsin Avenue NW was Forrest Hall (now The Gap clothing store) where Mark Twain gave a humorous lecture on the Sandwich Islands. On February 22, 1868, the Georgetown Courier ran a notice that “Mark Twain, the genial, witty and humorous Californian” would be “volunteering his services” for the benefit of the Female Union Benevolent Society later that evening.

A few other notable events in 1868 included Thomas Edison filing his first patent for the electric voting machine, the formation of the Metropolitan Life Insurance Company, the first color photography patent, the pardoning of all Civil War Rebels by the President of the United States, the first traffic lights in the world were installed, the Maryland School for the Deaf was founded, the first elevated railway was built, the first women were admitted to art school in France, the first transnational women’s organization was founded (Association Internationale des Femmes) and here in the District of Columbia the 14th Amendment to the Constitution was ratified.

We will be officially celebrating our 150th year in October, look forward to more information on the birthday event and plan to visit and help us celebrate.