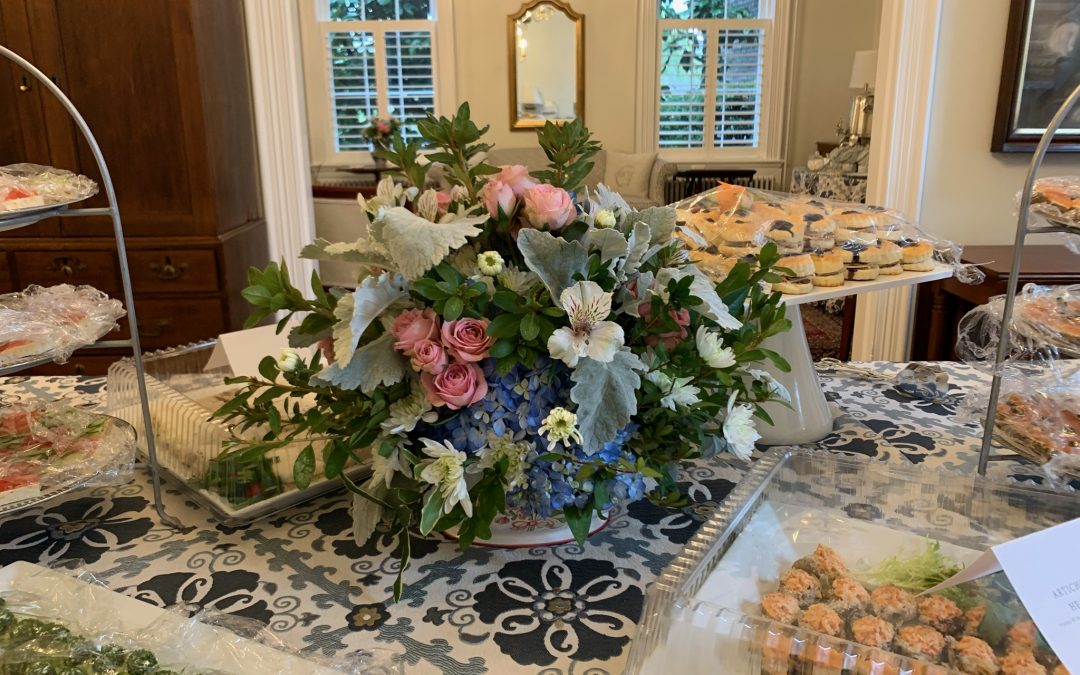 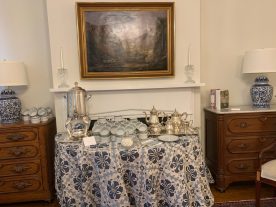 On October 20, 2019, amidst an inch of rain left by the remnants of Tropical Storm Nestor, The Aged Woman’s Home of Georgetown held its 150th Anniversary Silver Tea. With a wonderful cross-section of friends of the Home braving the relentless rain to attend, the event was a joyous time to celebrate the Home’s past and toast to the Home’s future. Neighbors, donors, local church members and leaders, civic association members, social service providers, members of the Georgetown business community, DC Government officials, and the Home’s Board, Committee, Staff and Guests all joined to show support for the Home’s long-time continuing mission of providing housing for senior women in the District of Columbia.

Council Member Jack Evans read a DC Council Resolution which read in part, “Whereas, The Aged Woman’s Home of Georgetown, an independent living facility for senior women of limited economic means in Georgetown, Washington, D.C. originally opening its doors in February of 1868 for the purpose of housing Civil War Windows” and “Whereas, The Aged Woman’s Home of Georgetown has provided secure and stable housing at no charge to this day, 150 years later for all of the years of it’s operation, in this convenient, comfortable, and attractive building….” 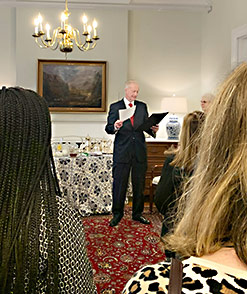 The Resolution and the event captured the special nature of the Home’s long-time commitment to provide housing at no charge to independent senior women of limited economic means. The Resolution also cited the Home’s historic designation as the original home of John Lutz, Sergeant of George Washington’s Guard at Valley Forge, but most importantly, it emphasized our mission to provide much needed housing in the District.

We would like to thank everyone who attended the Silver Tea and look forward to the Home’s continuing its important mission for the next 150 years.

In addition to celebrating our 150th anniversary, we also welcomed volunteers for afternoon tea in late September. Four juniors from a local high school and their Spanish teacher joined our Guests for afternoon tea, complete with blueberry scones, French pastries, deviled eggs (all made by the girls), and a bit of quiche. We had a lovely time. Each Guest had her own eclectic tea pot and an assortment of teas were on hand to reward every palate. The Duchess of Bedford, who famously popularized afternoon tea in England way back in the 1800’s, would have been proud. She determined that it was simply too long to go all the way from lunch to dinner without at least something of substance. While we did not don long gowns, gloves or hats, and our individualized teapots were Chinese rather than English, we certainly enjoyed our ‘almost’ proper tea. 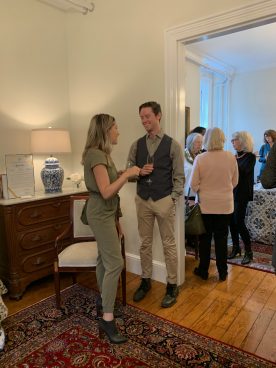 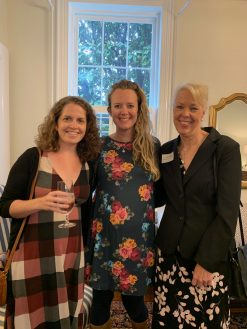 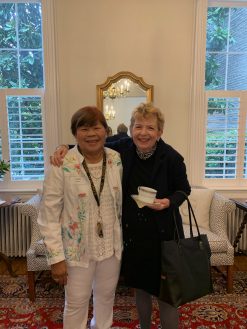